History of the Greek Wine

About the Greek Wine 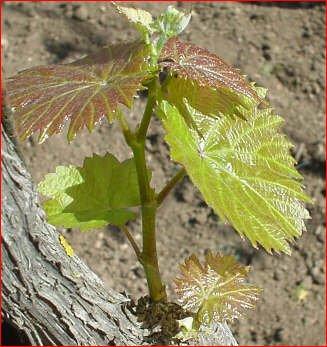 “The peoples of the Mediterranean began to emerge from barbarism when they learn to cultivate the olive and the wine”-Thucididis Greek historian 5th century B.C.

The birth of “wine god” Dionysos

The dominant myth about the birth of Dionysos is that of Thebes.According to the myth Zeus and Semeli (King of Athens Kadmos΄s daughter)gave birth to Dionysos.Hera got upset with Zeus and in order to protect Dionysos from Hera,Hermes brought Dionysos to the Nymphs of Nissa.Silenus took care of Dionysos growing up in the middle of the forest.Dionysos raised up in the forest,loved nature and his beloved tree vine.Accompanied by Nymphs and satyr΄s he travelled around,teaching people how to cultivate vine.

Greece was the first country in Europe to make wine.Greeks stored and transported wines in airtight,ceramic vessels called amphorae.They also used a lebeling system similar to the one we have today.The amphorae had various shapes with two handles,and they were used to signify the city that produced and traded the particular wine.The amphorae had an inscription with the year of production and both handles were used to place the wine-makers stamp on one and the local ruler΄s stamp on the other.And this some three thousand years before wines with a controlled Appellation of origin apeared in countries of western Europe.And by the middle Ages Greece was said to be producing the best wine in the world,much in demand in the palaces of Venice.

Wondering how vines found their way to France and Italy?Credit the Greeks with their love of travel,creation of sturdy carruing containers,and of course their passion for the taste of choice-wine.Greeks loved wine.For them,it was a mark of culture.They looked down on those cultures who had not yet discovered wine.The Greek tradition of wine stretches back four thousand years.

Greeks became the best winemakers.Their travels and the colonisations of Mediterranean coasts set the beginning of modern viticulture and brought the wine to Southern Europe.Countries considered to have a tradition in wine production such as France,Italy,or Spain owe much to those untiring traders.It is sobering to reflect on the fact that the first vineyards in France those of the “Cotes du Rhone”,were established in the seventh century B.C.with varieties introduced by the Greeks which still today give the region its unique character.

Greece is no longer a power in the wine world.But in the past three decades,Greece has undergone a revolution in which quality,individuality and history are the hallmarks of a new generation of winemakers who trying to turn this around.  Hatzimichalis,Parparousis,Spiropoulos in 1973 Emery in 1974,Katsaros in 1978 and Semeli in 1979.Although the mainstream Greek consumer was still unready for boutique wines at the end of the decade,small production wine had great appeal to the most educated segment of the market.Upscale retailers and restaurants ,excited by the potential of new ,more expensive products ,leapt at the chance to participate in the new trend. By the eighties and early nineties,some assistance from the European Community had been realized.It was a boom period for small producers.The list of entrants reads like a who΄s who of the Greek wine revolution: Strofilia,Gentilini,Antonopoulos,Gerovasiliou,Frederico and Kostas Lazaridis, Merkouri, Tselepos, Megapanos, Papantonis, Oenoforos,Sigalas and Skouras.

Now,armed with an ocean of indigenous cultivars,a superior climate for grape growing ,and an abundance of brainpower and technological resourses, Greece has developed one of the most exciting wine industries  in the world.

No less an authority than Jancis Robinson has described Greek wine as one of the “world΄s best secrets”.

Retsina is a wine with more than 2500 years history.

In the first century AD the Greek botanist Diodorus said Resinated wine is produced in different ways in different countries especially in France where it is used so the wine does not sour in their cold climate,and they add resin from pine trees.

The idea of resinating wine is assumed to have developed in ancient times when wine was stored and transported in jars or amphorae .As these were frequently not airtight, wine would have detoriorated quickly and, at some point, it was found that sealing the jars with a mixture of plaster and pine resin the wine remained in a much better condition. This in turn gave the wine its distinctive taste,Eventually the taste became a habit and people actually started to enjoy it.So much did resinated wine became part of their culture.

“To me Retsina is more than just wine; it is our last unbroken link with the wines of the ancient world”-Andrew Jefford.

This entry was posted in Χωρίς κατηγορία. Bookmark the permalink.

This site uses Akismet to reduce spam. Learn how your comment data is processed.